The Friday weigh-ins took place at the UFC Apex in Las Vegas. The same venue hosts Saturday’s card, which airs on ESPN and streams on ESPN+.

Zac Pauga expected to face Mohammed Usman in 'TUF' final: 'He knows I'm better than him'

Hill (10-1 MMA, 4-1 UFC) is coming off arguably the best win of his career in his first UFC headliner when he flattened Johnny Walker with a violent right hand. The win put his streak at two, joining a 48-second knockout win over Jimmy Crute in December. His only loss came by TKO due to injury against Paul Craig in June 2021.

Santos (22-10 MMA, 14-9 UFC), a former UFC title challenger, is looking to bounce back from a unanimous decision loss to Magomed Ankalaev in March. The defeat was his fourth in five fights. The lone win in that stretch was a unanimous decision over Walker in October 2021.

Check out the video above for Santos and Hill’s trips to the scale. 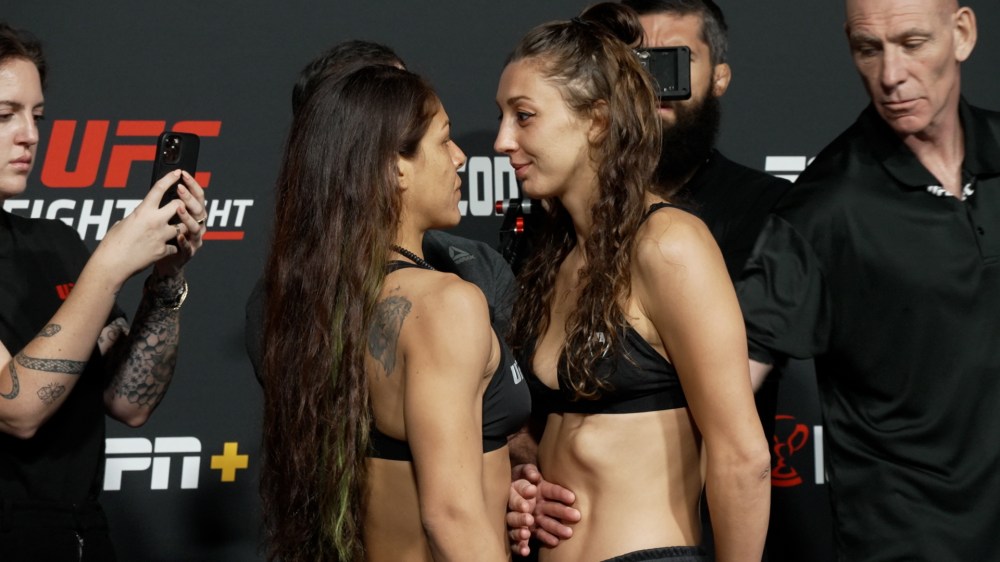